Tweet
Virtually all marketing promises more than a product can deliver.  This is particularly true in retail consumer marketing.    If Marketers didn’t seek this outcome, we would not be living in such an acute consumer driven society.  On some level, almost all products have the latent and subtle promise of somehow making our life easier, and better.  There is nothing new about this.  It is a promise that always goes unfulfilled in the long run, which is why we have to keep consuming.
If we had to bet, we’d say Sketchers “Toning” product line is about as likely to improve your physique as Thanksgiving dinner.  But then again, we would say Nike’s had about as much honesty in their infamous (and successful) advertising campaign which implicitly promised to empower women through the purchase of the Nike brand.   The only difference between these two marketing promotions is that “the jig” appears to be up for Sketchers – a negative, and expected result, that coupled with analysts short-sightedness, might just serve up the perfect value for investors.
Some may think that Nike was wise to avoid this marketing “Fad”, since, as all fads, it appears to have reached its terminus – inventories are high and orders have been cancelled.   Despite this, Skechers announced record third quarter sales, a whopping 36.8% increase over the same period last year.  This was tied to a 71% increase in operating income, even Gross Margin increased – 5.8% in the first nine months of the year.    This is truly an extraordinary measure to accomplish as sales increased about 50% over last year (typically increasing Gross Receipts degrades Gross Margins).  Nonetheless, after nearly three months of steady declines in the issues price which reduced its value by about one third, on October 27th, the company announced these incredible results.  The following day the stock shed about an additional $5 per share, or an additional 20% off its Oct. 27th closing price, which was already some 47% off its recent high.  The net discount amounted to about 56%, or more than a billion dollar discount on this excellent company in a span of just under five months. 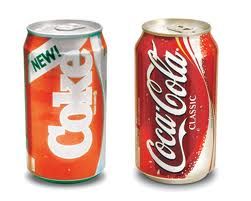 We’re just postulating here, but aren’t great companies allowed a merchandise snafu or two?   Some of the greatest brands in history have made marketing and merchandising missteps.  Usually these companies recover quickly.  After all, these companies are in the business of developing “new” products all the time.
Here is a look at some of the fundamentals of both companies:
Financial Condition (Left Col. is SKX, Right Col. is NKE)
Both companies have had outstanding performance over the last five years with neither reporting a deficit.   The characteristics of their financial condition are also similar.  Both companies are very conservatively capitalized with high “net working capital” ratios.  About 57% of SKX current assets are “net” of all liabilities, while NKE’s are about 48% - great by any measure. - further down we will consider these figures in terms of share price, where the real discrepancy in value presents itself. It should be added here that one different feature of NKE as a security is the fact that they consistently pay a dividend – about 1.33% of the Oct. 28th share price, whereas SKX pays no dividend.

When we review the earnings power of each concern, we start to see just how much the premium in market price is a disadvantage to NKE buyers at the Oct. 28th, 2010 price, despite the fact they have stronger earnings power.
Earnings (Left Col. is SKX, Right Col. is NKE)
For example, while TTM earnings for SKX amount to about 15.4% of book value, NKE comes in at a full 23.1% of their owner equity in their trailing twelve months.  The delta in earnings power for NKE is about 50% greater than that of SKX.  However, the buyer of NKE at the Oct. 28th price, receives far less than this value, since he is paying a premium of about four times the actual value of the company’s equity to acquire the shares.  So of the 23.1% of the equity earned by the firm in the TTM, he receives a real return of about 5.7% for his tangible equity.

SKX is quite another story.  Despite markedly lower earnings as a function of equity, the issue still represents a far better bet to potential owners.  On Oct. 28th, 2010 the issue was selling at such a discount, the purchaser of this security, would have received basically the entire benefit of the TTM earnings, since SKX was selling just below book value, with no premium whatsoever for its sixteen year history of building a popular brand.

Now, we are not saying that NKE’s premium over book is expensive.  It is not a science to determine what premium the realities of “good will” hold, and we can only form rough estimates.  Further, NKE’s equity very nearly reflects their actual tangible net worth, since they have handled their intangibles very conservatively at about 3% of total assets, a number which likely radically understates the real value of their brand.  Furthermore, the obvious point is that with such strong earnings power, the company can consistently enlarge their owners equity.  However, a great deal of optimism is built into the price, if for no other reason than the economics of scale.   NKE is nearly a 40 bln dollar concern by market cap with about 20 bln. In sales.

SKX generates about one tenth those sales but is priced at a mere 1/40th the market cap of NKE.   We think this is illogical.  Essentially the market is saying that a company with ten times the sales, and presumably a slowing in future sales growth ahead due to the economics of scale, should be valued at forty times the smaller issue and number two player.   Further to this point, SKX has been even more conservative in the handling of their intangibles, recording a tiny 6/10 of one percent of their assets to this account.  This is “mark to fantasy” in a good way for investors, because for all our checking and investigating, we could not find anyone who had not heard of the brand.
Key measures of Price (Left Col. is SKX, Right Col. is NKE)
On Oct. 28th, 2010 SKX sold for below its book value, 85% of which was “tangible”.    69% of the share price represented current assets minus all liabilities.   A buyer of the entire company on October 28th, 2010 would have paid a mere $115 mln. over tangible assets for the company as a going concern, and would have gotten a discount of some 27 mln. from the equity represented on the balance sheet for the whole company – an equity figure we think is grossly understated given the absence of any good will entries, not to mention stellar operating performance.   The buyer on October 28th would have not only bought a company below it’s conservative equity value, but they would also have gotten a company which had just increased sales about 50% year over year, achieved a record sales quarter, improved their already high margins and just so happened to be the number two shoe brand in the US.

A buyer of NKE on the same day would have paid a 400% premium for the privilege of owning the same type of business.  The buyer of NKE on that date would receive about 5.7% of his purchase price back in the form of earnings, while the buyer of SKX would have received close to 16%.  Assuming no earnings growth, the buyer of SKX would be able to pay for the entire acquisition from earnings in only six years while the buyer of NKE would need 18 years to cover his purchase.
Owners Equity (Left Col. is SKX, Right Col. is NKE)
Its hard to see a lot of risk in SKX.  They have enlarged their owner’s equity on average 21% over the past 4 years.  Based on this average rate of increase, we can project that owner’s equity, (including their conservative handling of good will), to grow to approximately 1.14 bln. within twelve months, or about $24 per share.  If the company continued to trade at the same discount by that time, we estimate the share price at $23.30, an increase of some 21% over the October 28th price.

However, the market being what it is, we feel that the reaction to the inventory glut is overdone and sentiment should improve barring any other major negative events.  It was only four and half months earlier that the exact same company traded at $43.85 a share or 220% of its book value, despite the fact, the company had yet to present such excellent numbers as it did in its third quarter.   We do not think this issue should trade at four times book value as its larger rival NKE, but we do think that an estimate of say two times book value is both a fair and conservative estimate of what this company might be worth.  After all, we believe both companies have understated their true value.

However, If SKX were to return to even 1.5 times it equity value at the end of twelve months, the stock would be selling for about $36, an increase of some 87% over the October 28th, 2010 price.
NKE has enlarged owner’s equity on average about 12% per annum over the last four years with just over 1% additional being returned to owners in the form of dividend payments.  Assuming consistent performance and it’s related optimism about the value of the shares, the issue should sell for about $91 per share based on enlarged equity of 10.88 bln and the premium the market was willing to assign to the shares on October 28th, 2010.  We believe the buyer of this security would then have a reasonable prospect of a return on his investment of some 13% at the end of one year.

That having been said, we think NKE is somewhat vulnerable to a change in sentiment should any “bump in the road” occur – a scenario which becomes more likely with each year of successful growth.
**The above is not an endorsement to either buy or sell an interest in either security, but is intended rather, as a review of the quantitative factors of the concerns.  The approach is “value” oriented and intended for readers with intermediate to advanced experience with securities analysis.  Qualitative factors are undoubtedly important in any consideration of value, but are beyond the scope of this article, that having been said, the financial statements of a company is one of the best ways of measuring quality within the organization.

Tagged under
Rate this item
(0 votes)
More in this category: « Can you say “Chicken Feet” in Russian? The case of SAFM and PPC Silver Platters, Annie Oakley and “The Sidelines” »